On December sixth The New York Giants lost to the New York Jets for the first time in 22 years (5 matches ago).  It was the Giants fifth loss of the season while holding a lead with two minutes remaining in the fourth quarter. Tough loss, but the question that many fans are asking is why did the G men go for it on fourth and goal with a 10 point lead late in the fourth quarter? Too bad Tom Coughlin wasn’t able to answer that one. However the most important question that needs to be answered for big blue is who will be their next head coach? 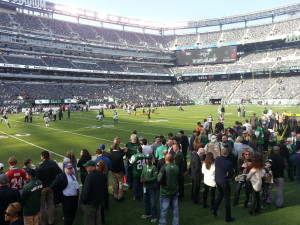 Because Tom Coughlin pretty much struck the nail in his coffin this past week.
On the other hand we have a New York Jets Team who didn’t have a 10 point comeback victory since 2013. Gang Green was getting burned on huge plays from Harris and Beckham jr , however they were able to clean up their misfortunes in the second half. The Jets put together some solid drives late in the game against the Giants led by Fitzpatrick Marshall and Decker. The Jets victory put them in the sixth wildcard spot as they look forward to heat up down the stretch and make the playoffs. 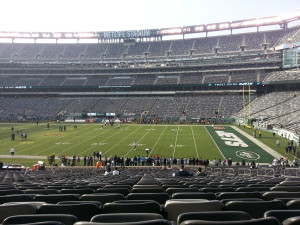 Metlife stadium, the home of the Giants and Jets.

The Giants and Jets have had a huge rivalry for many years now, come on they both represent New York and play on the same field, it has to be the biggest non division rivalry in all of sports. Whoever wins the matchup (in this case the Jets) gains bragging rights till the next time they face each other four years from now.

The MetLife bowl had a crucial impact on both teams this year.With three games left to play The Jets have gained access to the sixth seed in the AFC tied with both the Steelers and Chiefs. The Giants lost their division lead to the Redskins and most likely, their coach’s job.