Ice-skating in New York City is the ultimate winter experience! Whether you’re skating at the world famous Rockefeller Center or Central’s Park Wollman Rink, you will be part of a beloved winter tradition. However, each rink has differences that should be taken into consideration.

Maria Holbrook said, “The only reason why I go to The Rink at Rockefeller Center because I love skating under the big Christmas tree with my friends. I love to feel the Christmas spirit. It makes my day feel jolly.”

Judie Smith said, “I prefer going to Central Park Wollman Rink because some of my kids are afraid to skate so they go in as a spectator and sit in the warm café building with snacks and watch me and the other kids skate.” 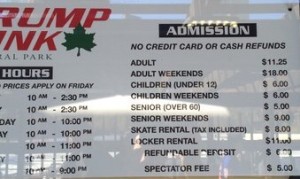 Sign posted at the ticket booth of the hours and admission costs of Wollman’s Rink in Central Park. 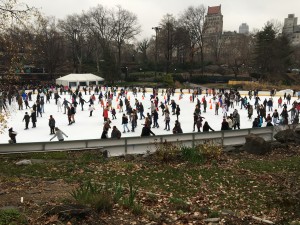 The crowd of skaters at Wollman’s Rink in Central Park. 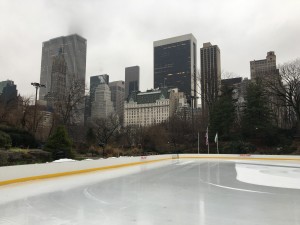 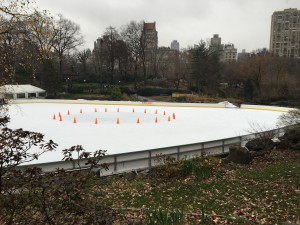 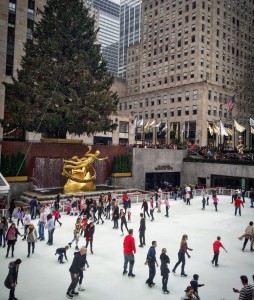 The crowd of skaters at the Rink at Rockefeller Center.