Only 90’s kids will remember Tumblr’s fan mail system, a joke for a messaging systems everywhere.  Facebook has its own Messenger app, while Instagram and Twitter have Direct Messages.  It’s been long overdue that Tumblr, which has 261 million blogs, upgrade it’s messaging system.  As of November 10, 2015, Tumblr launched threaded conversations.  This new feature is visible on the dashboard using a little smiley balloon icon.

According to Tasfia Rahman, an avid tumblr user, “The new messaging system is much easier than Tumblr’s other feature, inboxes/fanmail. Instead of having to go to the person’s blog, sending them a message and then forgetting what you sent, you have instant messaging where your message does not go away. Plus you don’t have to keep refreshing your page for it.”

Since this system is still relatively new, there are still bugs that need to be fixed.  Rahman went on to say, “I prefer Instagram DMs over Tumblr DMs because Instagram included that feature first. Plus it’s easier for me to DM people through Instagram because since the Tumblr app takes so much space on my phone, I deleted the Tumblr app.”

Devon Ramdial, another Tumblr enthusiast stated,  “The new system allows me to communicate with my mutuals easier, allowing me to share posts and directly talk to cute boys, while keeping track of the messages.”

Tumblr is just one of the many major social media networks that are popular among teens, who have been demanding a faster and easier messaging system on this site.  It’s new instant messaging is a huge step from their old fan mail system.  Fan mail is a one way system, where the user can change the aesthetics of the mail, such as the font or the medium being used, but they can’t keep track of what they sent.  Direct Messages have a history, with time signatures that allow users to keep track of their conversations. 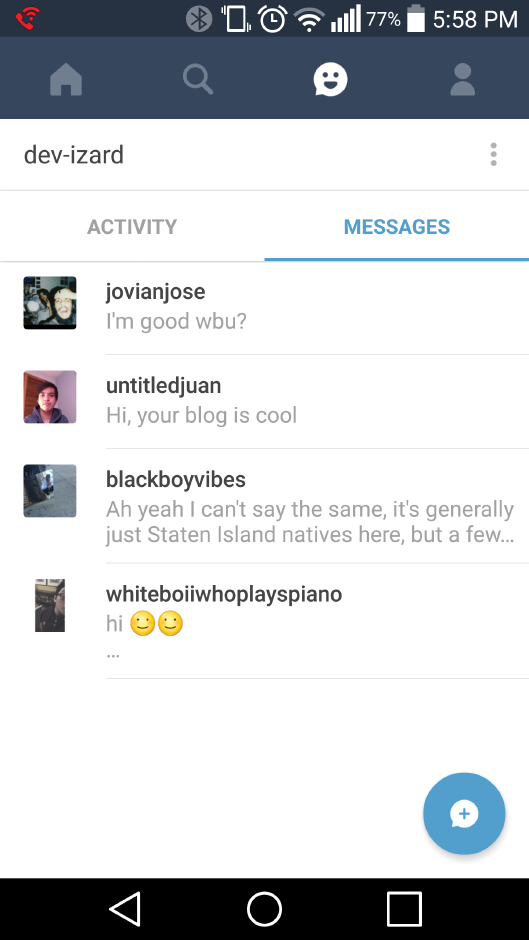