For 5 years the town of Flint, Michigan has had a water crisis. Resulting in thousands of people not being able to use their water, but instead rely on bottled water for their daily uses. However Jaden Smith has decided to team up his company JUST water, to help the people of Flint. He has created a mobile water treatment system called “Water Box,” which filters lead out from the contaminated water.

April 2014 was the beginning of the Flint water crisis, after the water source the city relied on was switched from the Detroit River to the Flint River. The switch of the water sources resulted in lead contaminated water city-wide. The First Trinity Baptist Church took immediate action by giving out over 5 million bottles of water, in efforts to help the community, however in 2018 the free bottle program was ended by former governor Rick Snyder.

The termination of the program is what inspired Smith to team up his company with the church, in efforts to help the city. The water box designed will produce up to 10 gallons of water per minute. The filtration system will be available through the church where individuals can come with their bottles for refills. 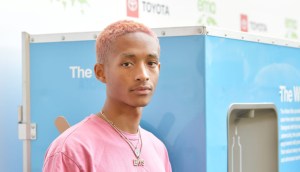 Many are intrigued by Smith’s call for action on attempts to help the city with heir water crisis.

“If Flint doesn’t have a solution they should hurry up and implement it because many people have developed cancer and other life threatening diseases due to the infected water,” said sophomore Rofeeah Ayeni.

Hopefully Smith’s filtration system will be Flints answer to the end of the crisis. For years their city has been ignored, and overlooked but now there is hope for better clean water for the community.

Hello! My name is Aliyah Majid-Todd, I am apart of the Web Design CTE course. I enjoy learning, and being kept up to date, with current events. I hope that writing in the General news section will shed more light, on events and activities, that students are interested in, or may need to know.