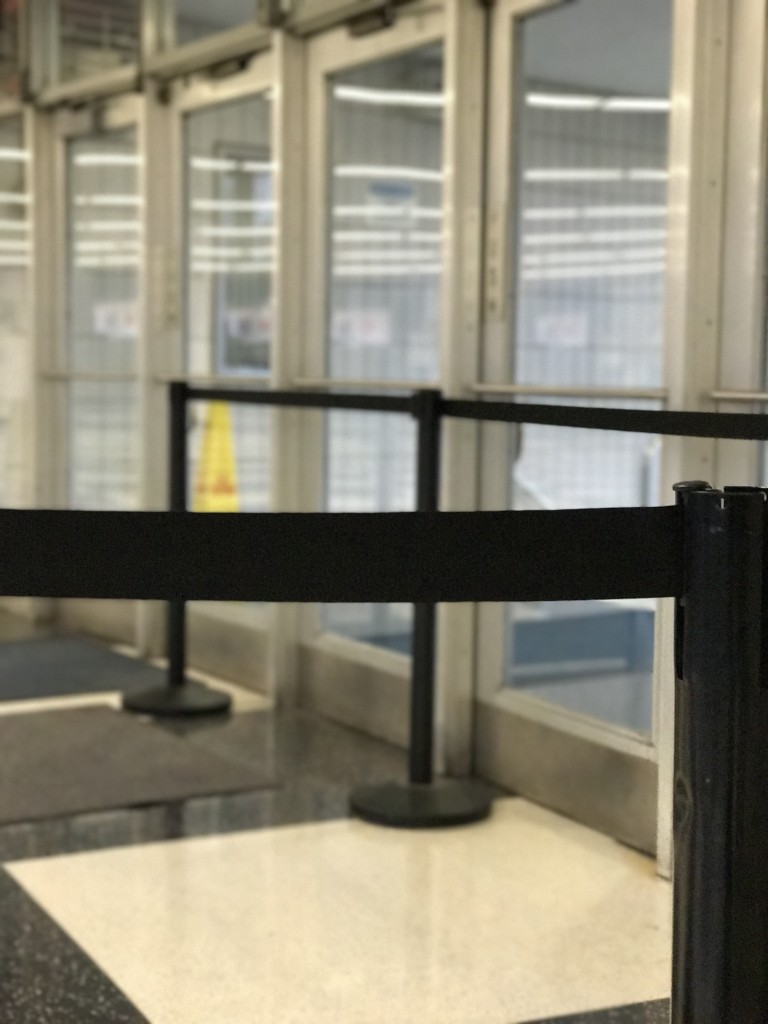 The stanchions were put in place since the end of the last school year to combat cutting throughout the day. They are posted at the front entrance, the only place students are allowed to leave from due to all other exits being alarmed. Some students have questioned why the stanchions were even implemented.

The AP of School Safety and Security, Mr. Boxer stated “We were looking at different things about keeping – getting attendance rates to be improved and getting cut rates to be lowered and one of the things we looked into was funneling everybody out the front door like they do in many other schools, instead of using a million side entrances and with that, monitoring the front door, whether it’s with staff and/or stanchions so it will prevent someone from just walking out.”

Ms. Pinto, Attendance Task Force, stated “We want every kid in the class every day, all day. That is our goal. So the more you are in the classroom, the better you do.”

Being a student requires you to be in school throughout your whole schedule. Being preset is a vital part of your education as new instruction is being taught while you are sitting at home or eating with friends. However, the stanchions were not only put in place to stop students from leaving.

Mr. Engelson, Dean, elaborated “There is a term called in loco parentis, it means we are your parent in Latin, when they are not around, so we are responsible for you while you are here and we have no business allowing you to leave at a time when you are not supposed to be leaving.”

Ms. Pinto also provided insight as she informed “The school is rated based on attendance. The school gets a very specific attendance rating from the City and the State.”

They also help the school adhere to the in loco parentis rule. The administration has improved the performance of students allowing for a more successful student body while enforcing the policies of the school.

The stanchions are proving to be a successful and simple addition to the school, that over time will improve it as a whole.

The stanchions are removed after 8th and 9th period.

Hello, my name is Sean Lomba and I write for the General News section. My favorite TV show is the News, yes the News. I like to know what the new trends are as well as having knowledge of anything relevant to my life. My hope is to inform you of these interesting topics as well as encourage you to enjoy being aware of what is happening inside and outside of the Edison community.