Everyone seems to want the latest iPhone or Samsung Galaxy, but sadly those high end phones are out of reach for some consumers. Does this mean you settle for less? Not at all. Not every phone worth something costs $700 or more. In recent events, more and more low priced phones with high end capabilities have come into the game.

A flagship smartphone is a one of the highest regards or a high end smartphone. New cheaper mid-ranged phones have been referred to as nearly flagship, or even flagship devices. These pocket friendly smartphones include the HTC One A9 at $399, Motorolla Moto G (2015) at $179 and the Asus Zenfone 2 at $300. All of these phones have two things in common which should be highly important to smartphone users. They are all of moderate cost and perform at high levels. Hishaam Ali spent $545 on the Motorolla Moto X Pure and his reason was “I was more capable of paying for it. The Samsung Galaxy S6 costed roughly $200 more and did the same job.” 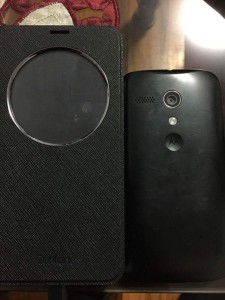 Asus ZenFone 2 and Moto G side by side.

One might say that $399 is not cheap, but the HTC One A9 sports the new Android 6.0 operating system and may just be the cheapest phone doing so. The Asus Zenfone 2 can easily be compared to a flagship phone with a 13 Megapixel camera, 4 GB RAM and 64 GB of user storage. The Motorolla Moto G has everyone baffled at its capabilities due to its $179 price tag. This phone comes with specifications very similar to its better counterpart the Moto X and at a fraction of the price. It has even been referred to as the face of Motorolla. After learning about phones such as these, Rebecca Dhaniram said, “I regret paying $850 for an iPhone when phones like this exist.”

Smartphones are evolving everyday and we are at a time where a good, high quality smartphone doesn’t mean an empty wallet. Instead you could have a near flagship device with a fairly low price to flaunt.