Being referred to as a “quiet roll out,” NVIDIA has confusing many and began releasing versions of their low-end GeForce GT 1030 that are slower and lower TDP when compared to their original counterparts.

While all well and good that they output less power due to their lower TDPs, the fact that the consumer inevitably is getting a slower card for the same price as one of the same name but faster is something that can’t be ignored.

The reason for the slow down is the transfer from GDDR5 to slower DDR4 memory on the new cards. It doesn’t help that they lowered the speed at which the graphics card’s core runs at, either. Manufacturers have added the “D4” moniker to their model names to make it easier to distinguish for customers, but anyone can miss such a detail and believe their purchasing the same card that was released back in May 2017.

This isn’t simply painted as a cash grab though, the process of graphics card manufacturers changing the memory out on their low-end parts is actually a quite common practice as they deem the low-end cards incapable of utilizing the resources in the first place. The truth to that statement is debatable but it does beg the question, why roll it out with the faster memory in the first place? And for NVIDIA in particular, why do it under the radar? 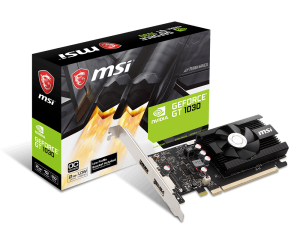 Whatever the reason may be for the shift, do yourself the favor and if you’re in the market for one of these cards, be mindful of the model number during your purchasing.