The average salary of a professional football player is $1.2 million. Given the fact that these NFL players participate in about 16 games per year and make all that money we all wish we could be in their shoes. However besides from the countless hours of training, studying and dieting that make the job of a professional player very tough, there’s another aspect of the game which affects their lives on a far more extraordinary scale.

The most common injury in the NFL is a concussion. A concussion is when someone is knocked temporarily unconscious by a blow to the head. Symptoms include confusion, memory loss and temporary incapacity. The NFL experiences an average 167 concussions per year even with all the precautions and new rules put in place. 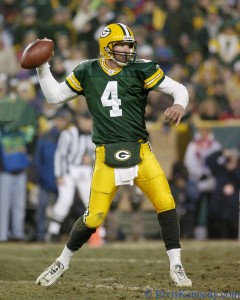 The constant amount of hits NFL players take to the head might not affect them in the short term as they are still young, however as they grow older they begin to realize how much their lives have been affected. Former Quarterback Brett Favre, who played over a stretch of 20 years in the NFL, admitted that he’s experienced bouts of memory lapses, a sign of chronic traumatic encephalopathy (CTE), which is directly tied to concussions.

CTE is a brain disease which patients begin feeling symptoms years or even decades after their last brain trauma. The Symptoms of the brain disease include depression, anxiety, risk of suicide, memory loss, confusion and dementia. CTE has unfortunately grown quite common among NFL players as a recent test of 91 former NFL players showed that 87 of them contained the disease.

CTE has affected so many players that in 2013 the league dedicated a lump sum of $675 million to settle claims brought by thousands of former players. According to the New York Times pro football players are eight times more likely to develop Alzheimer’s or dementia than the general population.

While the league has taken measures to address the problem, many speculate that NFL officials must further improve their health precautions and medical staff.