It is a new year and there would be dramatic changes for many elected officials in Federation International de Football Association, also known as FIFA. It has been a long reign for former FIFA President Sepp Blatter, after he had announced for his resignation back on June 2, 2015. His 17 years reign as the President of FIFA has resulted with controversies, corruption, and investigations with FIFA officials. Blatter served five consecutive terms as the president.

In his spell, Sepp Blatter was branded a sexist after saying “Let the women play in more feminine clothes like they do in volleyball. They could, for example, have tighter shorts…” Moreover, former Pres. Blatter had revealed that the 2018 World Cup will be held in Russia and Qatar will controversially stage the 2022 World Cup. Due to Qatar’s extreme climate during the summers, it raised some question marks over the players’ and fans’ wellbeing. This past year, Blatter had announced that the Qatar World Cup in 2022 will be held in the winter.

Last year, corruption investigators by the US Justice Department had arrested seven senior FIFA officials, including vice president Jeffrey Webb. In addition, an investigation had also opened into the awarding of the 2018 and 2022 World Cups to Russia and Qatar. After finding out about being under investigation by the FBI, critics claim that it was the reason why Sepp Blatter called for resignation.

Amid the controversial resignation, on June, 26 2015, Sepp Blatter said “I did not resign; I put myself and my office in the hands of the FIFA congress.” On September, 25 2015, criminal proceedings against FIFA president Sepp Blatter were announced Swiss attorney general’s office issue a statement saying Blatter is suspected of criminal mismanagement or misappropriation. As a result, Sepp Blatter was suspended from FIFA and on October 8, 2015 Cameroonian Issa Hayatou had assumed the title of acting President of FIFA, until the election for the next FIFA president will be Feb. 26, 2016 in Zurich, Switzerland. In addition, on December 21, 2015, Blatter and Michele Platini, the President of the Union of European Football Associations (UEFA) and supposed successor, are both slapped with an eight-year ban from football-related activities for bribery following an ethics investigation by the FIFA ethics committee, now the race appears wide open. 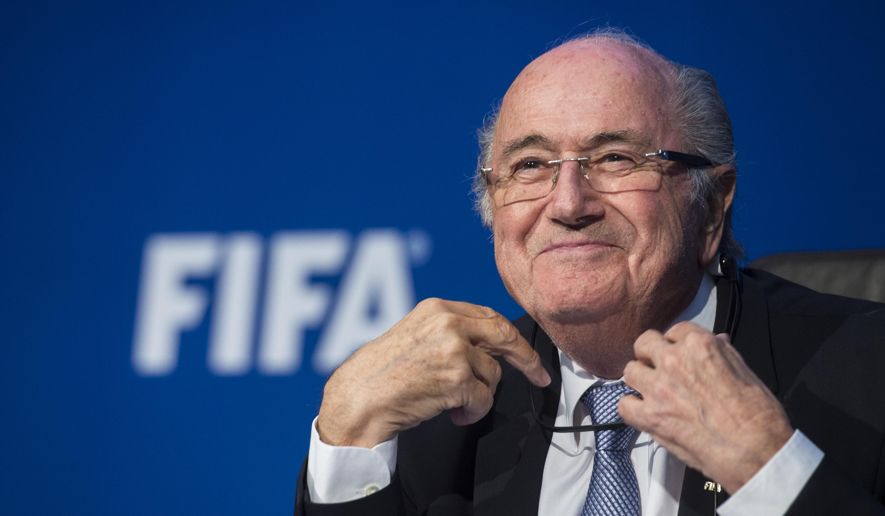 There will be many expectations for the next elected FIFA President, where many expect changes as to having a woman in congress, choosing the hosting nations for the World Cup, and equally representing membership from different associations. For example, Ghana Football Association want an increase in the number of slots of African teams at the World Cup and an enhancement of financial support.