It was a different side of Barcelona and Tottenham that appeared at Camp Nou. Tottenham tied with Barcelona in a 1-1 match. To advance in the Champions League, Tottenham had to beat Barcelona or match Inter Milan’s result at home against PSV. Their impressive comeback on Barcelona’s home turf placed them second in Group B by tiebreakers.

Spurs could have taken a historic win, however, Barcelona have qualified after the fifth group game in the last four seasons and won every single final group game. Tottenham becomes the first team in 5 1/2 years to beat Barcelona on their home turf in a Champions League game. Spurs broke Barcelona’s 12-year record at the Camp Nou. The last time a team had more possession than Barcelona was 2006.

It was an unexpected match since no English team has beaten Barcelona at this stadium except Liverpool. Tottenham set a strong lineup with Dele, Eriksen, Son, and Kane in the offense. Moussa Sissoko and Harry Winks played in the center of midfield. Kyle Walker-Peters started as right back and Danny Rose played as left back.

On their home turf, Barcelona stars attacked Spurs in the first half. Barca’s lineup included Jasper Cillessen, Ivan Rakitic, Arthur, Philippe Coutinho and Ousmane Dembele. Sergio Busquets and the invincible Lionel Messi were on the bench. Dembele beat right back Kyle Walker-Peters, raced away from a diving Harry Winks and scored the ball past Hugo Lloris, Spurs goalkeeper. Barcelona took the lead with this goal in the 7th minute.

Tottenham gained more possession than Barcelona by the end of the game: 52% to 48%. Barcelona needed to be stronger in the midfield and failed to do so. There was too much space between defense and the midfield. Barca’s goalkeeper, Jasper Cillessen, saved the team from Spurs’ multiple attacks.

The UEFA Champions League round of 16 draw was held in Nyon, Switzerland. Tottenham and Barcelona will continue competing against other clubs on the road to the final. 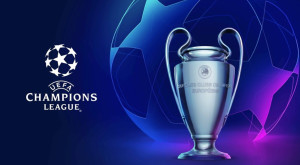