A decade ago, Najibullah Zazi, a 33 year old naturalized citizen from Queens, conspired to bomb NYC’s Subway system. He had originally faced up to life in prison but then switched sides and began cooperating with the United States identify prosecute terrorists against Al Qaeda for nearly ten years providing insight about Al Qaeda and its members which resulted in terrorism charges on numerous members. He was awarded for his help with a sentence of 10 years, which to his advantage he already has served. 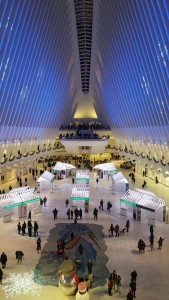 According to a memo from prosecutors he gave “extraordinary” assistance.  He also helped lead to the conviction of his two closest friends. Not to mention he met with with the government almost 100 times while he was in custody leading to the conviction of numerous individuals. His assistance specifically came in use when he testified at the trial of Abis Naseer in 2015, who was convicted of leading and Al Qaeda mission to bomb a shopping mall in England. Also, Adis Medunjanin, who was one of his co-conspirators in the failed Subway plot mission. Medunjanin was convicted and sentenced to life in prison.

A student from Thomas Edison High School, Bitomi Seepersaud said, “I don’t think he should be released because he planned the attack in the first place, he had planned to harm citizens of the United States for no reason at all. I think he switched sides because he knew he would get a long sentence if he were to get caught which he did so to ease the lifelong sentence he sided with the U.S. but who knows what to expect when he’s out.”

The terrorist organization recruited Zazi when he was a teenager up until his early adulthood years he trained with the group to carry out a operation where he would take his own life along with others around him on. The plan was to execute a rush hour suicide bombing on specific subway lines. It was timed to occur during Ramadan, the holy month for Muslims and the 8th anniversary of the September 11 attacks. Zazi apologized and asked for forgiveness.

“I’m sorry for all the harm I have caused… I tried my best to correct a horrible mistake. I am not the same person,” Zazi said.

This issue has become very controversial because some believe that yes he should be let free because he’s helped the United States convict others who he had associated with and others say that he should not at all be out in the open walking the streets of New York City after what he’s done.