The death in a helicopter crash of Los Angeles Lakers icon and five-time NBA champion Kobe Bryant on Sunday in Calabasas, California leaves many in shock.

Forty-One-year old Kobe Bryant and 8 others were killed in this crash, including his 13- year-old daughter Gianna Bryant. Bryant was headed to Thousand Oaks to coach his daughter’s basketball team in a travel tournament. After hearing about the news fans and students were left devastated.

“When I first heard the news I was in disbelief and couldn’t believe that we had lost a legend,” said Somaiya Islam, a senior at Thomas Early High School. “Kobe was a person that motivated everyone around him  and made sure that he could do his best to inspire the younger generation.”

Kobe Bryant’s death was a very moving moment for many athletes at Thomas Edison High school. Ryan Pirbaksh said, “Me being a basketball player and hearing about Kobe’s death it really hit home for me… Kobe inspired me not only in basketball though he taught me that as long as you grind and put in effort, you will be successful in anything you want to achieve.” 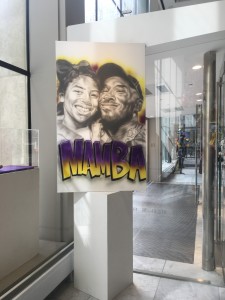 Many Thomas Edison students also expressed their concern for the people that were putting hateful messages out saying that Kobe doesn’t deserve to be remembered due to his past mistake. “It’s crazy to see that many people are weighing the mistakes that a person has made a very long time ago over the person’s death” said Namra Jamil.

Leana Go stated, “I was shocked to see that people would actually bring out a person’s mistakes when they found out such a tragic thing has happened to them……. Everyone makes mistakes get over it.”

My name is Jagroop Singh. In my free time, I like to explore new areas and learn about the human mind. In the future I aspire to be a part-time neurosurgeon and part-time motivational speaker.