Sitcoms are watched by many people in order to relieve stress or just because people can easily relate to the content. There are so many sitcoms that are very popular, for example “Friends.”

Friends is a 90’s Comedy TV show, based in Manhattan, about six friends who go through just about every life experience imaginable together. 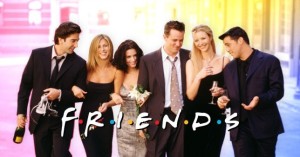 Mia Anderson, a sophomore in Edison, said that her most favorite sitcom is “Friends.” “I like friends because all the characters are connected in a way that makes the audience feel comfortable. Also, they’re allowed to express their emotions to each other, allowing the audience to see really see what’s going on their lives.” She claimed that her favorite character is Phoebe Buffay. “She’s allowed to do whatever she feels like. She’s the most comedic relief character within the show so if a serious event is happening, she’d add comedy to it. This is so the audience doesn’t feel the show is becoming too serious, it’s still what it started out to be a comedic show for us.” Her favorite episode is The One With the Cooking Class. “This is where Rachel and Ross go baby shopping and the lady cashier calls Ross; Indiana Jones. Also, Rachel gets very jealous and they share a moment.”

Brittney Singh, a freshman at Edison, said “I really like friends because all the characters have different personalities and just create great content in every episode that they produce. Also, there’s like an overlying theme and plot and it’s just super engaging.” Singh’s favorite character is Chandler. “He’s very sarcastic and the jokes that he makes are really funny, making the show ten times better. Her favorite episode of Friends is The One With the Embryos. “This is the episode where they were fighting over Monica’s apartment. So Chandler, Joey, Monica, and Rachel were betting on who knows each other more with trivia games. If Monica and Rachel win Chandler and Joey has to get rid of the rooster. Chandler and Joey will get Monica’s apartment if they win.”

Hi, my name is Asa Rahman and I am writing for The Food Section of The Edison Light. I think food is the best thing that I encounter every day. There are varieties of food, some beauty to the eye, some beauty to the tummy. People go to different places just to try different food and I believe that their opinions matter.