The spectacle that eSports has becomes continues to go strong, pulling tens of millions of spectators annually. Games like League of Legends, Counter Strike: Global Offensive (CS:GO), and Overwatch, have all given amazing players a platform to be recognized as athletes, with what has been referred to as “professional gaming.”

This definition is rudimentary, and as such, paints the picture of your casual 17 year old with headphones yelling at his monitor after dying, an image that fails to capture what eSports really are. As the name implies, they’re sports, consisting of similar fundamentals and aspects as “traditional” sports, with Fox Sports giving the examples of diving and synchronized swimming in their article belittling eSports. Fox’s Chris Chase stated that “moving a joystick simply has no athleticism, physicality, or exertion – anything that makes something a sport,” a point that’s as wrong as it is dated, with not many games utilizing a simple joystick anymore. 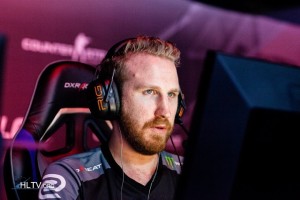 Olof “Olofmeister” Kajbjer, professional CSGO player who sustained a hand injury that had him out of play for months.
Photo Credit: HLTV.org

Like diving, while eSports aren’t incredibly taxing physically, the mental fortitude it takes to be the best is nothing to look away from, and even with the little physical exertion, the movements that are required can cause career-ending injuries, just like in any other sport.

According to CNN, certain Starcraft 2 players hit 500 actions per minute during action, a feat that takes many hand movements, even in first person shooters such as CS:GO the wrist movements can be vital to a win, and can also land you in the hospital. Just like a torn ACL in basketball, hand and wrist injuries in eSports can cause anyone from up and coming stars to seasoned veterans to give it up.

The similarities don’t stop there, from rigorous training schedules (8-12 hours in-game daily in some cases), to having complete support systems including analysts and coaches, to even having the U.S. government recognize eSports players as professional athletes and providing them visas as such since 2013. With all the parallels, it’s hard to see why many still see eSports as anything but “real” sports. Even professional sports organizations are following suit and dipping their foot into the water, with the New York Times reporting on March 22nd of this year that the NBA will begin to operate an eSports league. Not only that, but the players will be provided the same benefits as their “real-world counterparts” as stated in the article, being given the ability to sign endorsement deals, receive paid housing, medical insurance, and even retirement plans.

We should all look to adoption eSports as synonymous with sports, such as baseball, take notes from the U.S. and German governments, and give eSports the credit they deserve.