On February 1, 2019 countless videos of Yandy Smith, from Love and Hip Hop, using a megaphone to communicate with the prisoners of the Metropolitan Detention Center spread all over the internet. Smith asked if they had various basic supplies and they replied a ‘yes’ or ‘no’ with the banging of their windows. She revealed that many prisoners did not get their promised visits, nor did they get blankets, heating, or light needed to survive. 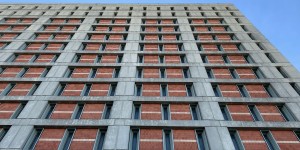 “Just because you’re incarcerated does not mean that we don’t treat you with dignity and respect,” Mr. Nadler tweeted. “Heat and hot water is not a luxury.”

The federal officials in charge of the jail have responded to concerns about the welfare of their charges with little more than a shrug, even initially rejecting the city’s offer to send emergency generators and blankets to the facility, according to Mayor Bill de Blasio’s Twitter feed.

The history of abuses in federal jails, prisons and detention centers, that are mostly black and Hispanic, has been around before the Trump administration — and rarely draws much attention. Maybe current officials thought they could treat people badly at the Metropolitan Detention Center because they were mostly poor, and black and brown. Maybe they assumed no one would notice or care. But not this time. The support shown by local activists shows that the voices of inmates are still heard and listened to.

Hi, my name is Blossom and I am a self taught freelance photographer. I became interested in digital photography in my junior year of high school. I draws inspiration from Josef Adamu, Petra Collins, Adrienne Raquel, Micaiah Carter, Travis Matthews, Florence Ngala, and Ronan Mckenzie. Her love for it stemmed from her visually receptive nature and continues to blossom as she experiences life.