What do increased prices on electronics and graphics card shortages have in common? They both relate to the global DRAM shortage that has been going on for the past year.

Dynamic Random Access Memory, also known as DRAM, is a memory chip responsible for much of the multi-tasking capabilities in modern devices such as smartphones. As the end of 2016 saw the beginning of these memory chips being in short supply, this trend has unfortunately continued, and gotten worse.

There is no single entity to blame for this, as many factors through the last 12 months have contributed to this. DRAM producer Micron Technology had a “minor facility event,” as they put it, at one of their factories in Taiwan. While they claim that production had already began recovering and that it wouldn’t affect the business at a whole, DRAM prices have continued to skyrocket. This is most likely due in part to the demand of the product. DRAM chips are found in most modern devices and components, being anywhere from the smartphone in your hand to the solid-state hard drive in your computer.

Graphics card and phone manufacturers are at the forefront of the issue, being the two fields that seem to be eating up the supply the most. With cryptocurrency miners buying out modern graphics cards faster than they can be produced, manufacturer nVidia has increased prices on their graphics cards as the DRAM shortage has made it difficult to provide a consistent supply. Apple’s annual cycle of rolling out a new phone in the latter part of the year has added more constraints into the mix. Apple reportedly acquires 18 percent of the global DRAM supply around this time, making it more and more difficult to any company that doesn’t have such a deep pocket to acquire these chips as they’re stuck paying a premium due to availability.

All these issues culminate into two results: Increased price of DRAM and decreased stock of DRAM. DRAM is projected to increase in price by 40%, the largest increase it has had ever. All these price increases and issues having one on top of the other beg the question; is this all coincidental or planned as some sort of way to make more money than ever?

I spoke to local A+ Computer Repair student Kevin Kamal on the matter, he said that he thinks “the issues adding onto the shortage are coincidental, at this time more people are getting into [cryptocurrency] mining which is causing the need for more memory, in addition to the creation of higher power smartphones, companies have a higher demand for the memory.”

Whether or not the situation will be remedied has yet to be seen, and there seems to be no clear solution for either the manufacturers or the consumers. 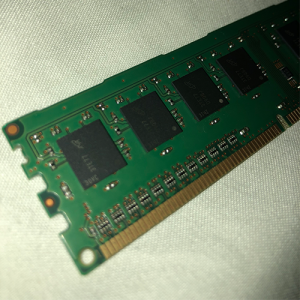 A DRAM chip, these black, rectangular little plates with odd text strewn on them, are found in almost all modern computing devices.