Do you avoid walking under ladders, tipping over salt, or breaking mirrors? Besides preventing seven years of bad luck, there are also superstitions for good luck. Many athletes matter of fact eat a certain snack or meal before a game to ensure their best effort, some because of superstition. For example, Marshawn Lynch, running back for the Seattle Seahawks, is known for eating a handful of skittles after every touchdown. The superstition began with Lynch’s Mother, who fed him skittles she called “power pellets” before his youth league games at Pop Warner. Lynch’s obsession has caught on; there is now a limited edition Seattle Skittles package with blue and green skittles. Lyoto Machida takes superstition to a whole new level. The former UFC light heavyweight champion follows a family tradition that includes drinking his own urine every day. The infamous Michael Jordan ate the same meal before every game of his career: a 23 ounce steak, a baked potato, and a ginger ale. He definitely was not missing out on protein and carbohydrates from the potato, but Jordan’s choice for soda is questionable. Peyton Manning, quarterback to the Denver Broncos, also eats a staggering amount before each game. Manning has two pieces of grilled chicken, a bowl of pasta with marinara sauce, a plain baked potato, a side of broccoli, and Gatorade every game regardless of the time.

However when it comes to athletes of Edison’s teams, it isn’t as popular for our students to have a pregame meal. Member of the Edison boys’ soccer team, Ayman Azad says otherwise when asked his opinion, “I don’t like having a set meal before a game but it does make sure that I don’t feel heavy during a game which is something I hate. I never did have any set meal to eat because of superstition that the consistency will help increase my performance on the field. I prefer variety, a sample meal before a game would be boiled chicken, spinach and rice. Although, I have witnessed some of my teammates to have rituals like drinking monster before and after games.”

Superstition or just for health purposes it’s important to eat before a game, but what you eat is totally up to you! Variety or no variety, as long as you bring your A Game to the field. 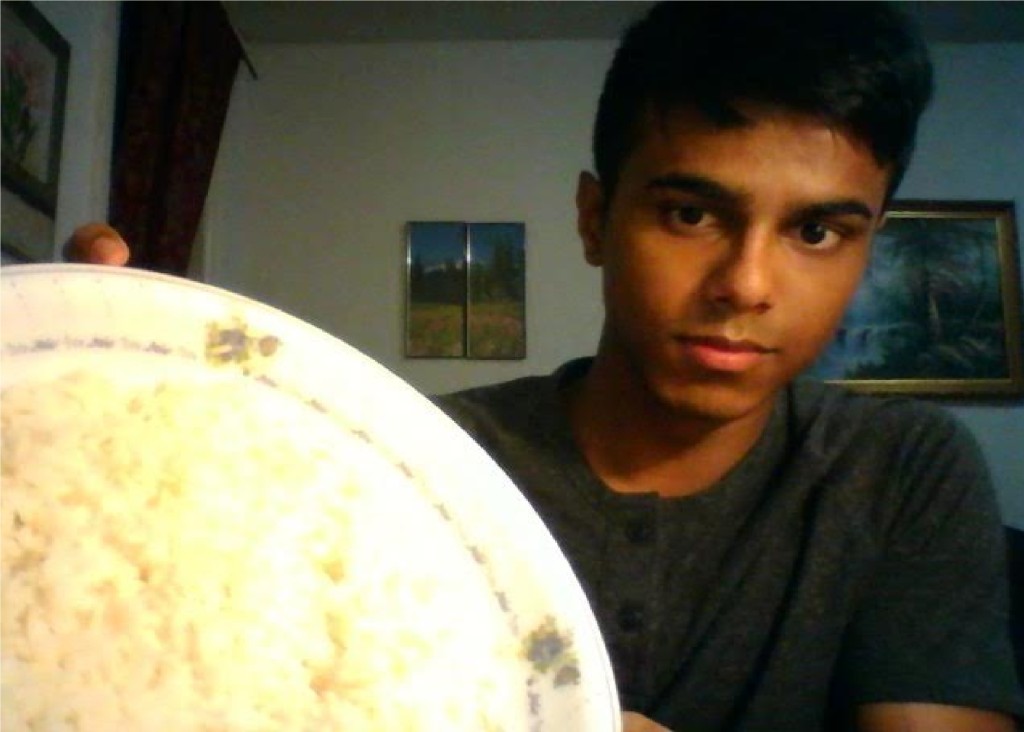 Ayman showing off his pregame rice!