When it comes to choosing what to eat, many misguided individuals have gotten into the habit of eating an excessive amount of healthy food. These people believe that by eating all this healthy food, they will, in some way, improve their health. 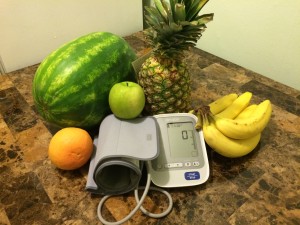 Some of the foods that seem healthy but are secretly deadly.

Foods such as oranges, kiwis, tomatoes, trail mix, Brazil nuts, cereal, and bananas, are all foods that no one expected to be bad for them.

For example, star fruit. This rare but deliciously exotic fruit is surprising toxic! Eating too much star fruit can result in nausea, vomiting, dizziness, diarrhea, and convulsions. This fruit can also lead to kidney failure, if you suffer from kidney problems. It is recommended that you do not consume this fruit at all.

Another example is the carrot. This vegetable is well known for containing vitamin A, a key component for healthy eyes. However what people do not know is that if you consume more than half a cup of carrots everyday for a month your skin will turn orange due to the beta-carotene carrots pack

Another example is the banana, a widely popular fruit that has been to known to help diabetics who suffer from low blood sugar. Bananas contain glucose, which contains sugar; the human body then takes that sugar and converts it into energy. As a result, a person’s blood sugar level rises, making the person feel more energized.

However, eating an excess amount of this fruit (doctors recommend eating four or less a week), could cause a person’s blood sugar level to increase drastically. This could result in increased thirst, headaches, trouble concentrating, blurred vision, and fatigue.

To prove this theory, Renzo Marmalejo, a junior at Thomas A. Edison High School, has offered to volunteer in an experiment. Renzo was given ten bananas and was told to eat all ten of them. After eating all ten bananas, Renzo said that he received “a small headache” and that he felt “kind of tired”, he later on explained that he usually eats only two bananas per week and that eating ten was a bit too much for him.

As a result of labeling certain foods healthy or unhealthy, people become blind to the consequences that lie beneath the surface.