The longest U.S. government shutdown in history under the Trump presidency began on December 22, 2018 and ended on January 25, 2019, lasting 35 days. It has affected many people in many different ways. Be it the loss of aid from the government to people not receiving their paychecks and many other things. Until Democrats and Republicans both come to an agreement / compromise on border security and building the border wall, the government seems that it will continue to be unsteady.

The second longest government shutdown in U.S history lasted from December 16, 1995, until January 6, 1996, lasting 21 days; 14 days less than the current longest government shutdown. The 1995-1996 shutdown was the result of conflicts between President Bill Clinton, a Democratic, and the Republican Congress over funding for public health, the environment, education, and Medicare. 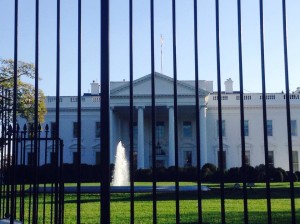 President Donald Trump announced that the government would reopen for a period of 3 weeks. At the same time, however, President Trump also said he will declare a new government shutdown or even a state of national emergency that will take effect if no deal is reached with Congress on the border wall funding.

About 800,000 government workers are not being paid, but are expected to be paid once the government reopens.  However, some people will not be getting repaid even once the government does reopen. In other words, people will either be furloughed or forced to work without pay until the standoff is resolved. For some people, it is crucial to get paid because they live by paycheck to paycheck. This is because the cost of living in the United States is very high for some people and the government isn’t giving these employees of the lower class a reasonable living wage to be able to live stable lives. Missing even one can throw off an entire family off. It is even harder when there are multiple members in a family that are dependent and need to be supported by the heads of the household.

The temporary reopening of the government allows 800,000 employees to collect back pay, as President Trump had mentioned; “I will make sure all employees receive their back pay very quickly, or as soon as possible. It will happen very very fast.” However, this statement is quite vague because it does not say exactly when the government will be stable once again, and how long the government shutdown(s) might actually last.

According to Deandra McClinton, a senior at Thomas Edison High School, “Right now, I’m assuming that FAFSA isn’t being processed. We’re not going to get our financial aid. We’ll only get letters of acceptances from colleges but not the financial aid packages that go along with them.”

There are some things that will and won’t be affected because of the government shutdown. Some things that will be affected by the government shutdown include: airport security, state and local farm service centers, The New York City Housing Authority (NYCHA),  national parks, law enforcement and the judiciary, The Internal Revenue Service (IRS) (including FAFSA (Free Application for Federal Student Aid) and other things), food inspections, small business owners, The Violence Against Women Act, crime victims/criminal investigations, and also home buyers. Some things that will not be affected by the government shutdown include: flights, the Smithsonian museums and zoo, train services such as Amtrak, The Supplemental Nutrition Assistance Program (SNAP), the U.S – Mexico border, social security checks, and also Medicare/Medicaid.

Because of the government shutdown, there are some things that now have long term damaging effects. For example, Joshua Tree, a national park, may take centuries to recover from shutdown. This is because park workers returned to a state of chaos. This included ruined trails,  graffiti, and damaged trees. The reduced park supervision during the shutdown led to this increased vandalism at the park. Another example was the IRS getting affected as well. There were so many emails sent out to the IRS amidst the confusion of the government shutdown that will take several years to reply/get back to everyone who sent emails to them. A last example would be that the SNAP recipients had a gap in food benefits. In other words, the time between payments is usually a month. But due to the government shutdown, families eligible in the program will have to make their food stamps benefits last for weeks longer than they normally would.

Hello! My name is Gloria Mourcous. I write for the features section in the Edison Light. In my free time, I enjoy drawing/sketching while listening to music. I also like watching movies and different T.V series. In school, I’m enrolled in the Computer-Aided Design (AutoCAD) / Manual Drafting (MechTech) shop. I decided to be a part of this program because I aspire to pursue architecture and my career in the future.