A terrorist attack on Christchurch took the lives of 50 people at prayer. The New Zealand’s prime minister has displayed compassion and sympathy for the victims and is now seen as a symbol of hope.

“New Zealand mourns with you, we are one,” the prime minister told the thousands gathered in Christchurch alone.

During the two-minute silences across the country,most women showed up in a headscarf to show their respects, one of them being Jacinda Ardern.

“Jacinda has been a beacon of hope in New Zealand’s darkest time,” Alina Ganhucumb tells The Independent after completing a two-minute silence in Wellington. She has also inspired many into donating for the families who have lost loved ones during the attack.

New Zealand has banned military-style semiautomatic weapons and assault rifles in response to the attacks. 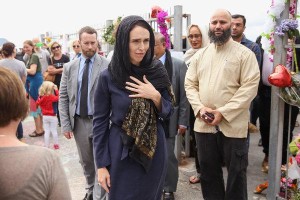 “On 15 March, our history changed forever. Now, our laws will, too,” Ardern said. “We are announcing action today on behalf of all New Zealanders to strengthen our gun laws and make our country a safer place.”

Many believe that other nation’s leaders should look up to the New Zealand prime minister and the way she handled the situation. She has given New Zealand hope that something like this will not happen again.

After the attacks, she had visited a Christchurch refugee center to meet the leader of the community and has earned the respect of Muslims all around the world when she arrived in a hijab (a headscarf). For most of the time she was there, she had her hand on her heart

Hi, my name is Asia Subhan. I write for the Feature section in the Edison Light. In my free time, I love watching my favorite TV shows, going to the city and writing about things I am passionate about. I feel like writing is a great way to express yourself. I like to be up to date on issues concerning our world today and love watching the news.