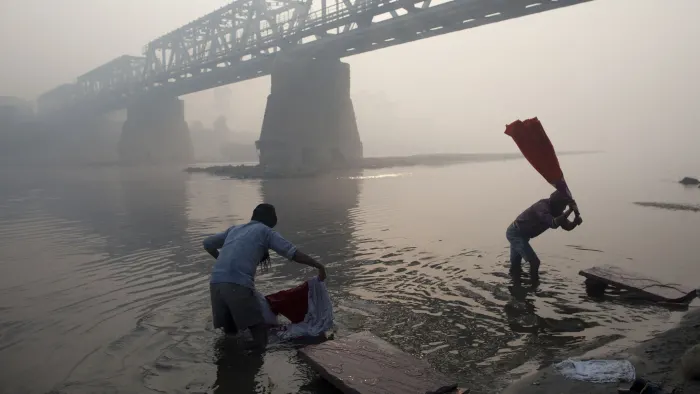 India is the third worst country for pollution and it affects the daily lives of people. Teens in India and Teens in America differ with everything. In America, a teen is able to walk around and breathe fresh air. In India, teens cannot walk out without a mask due to difficulty in breathing.

Masks had been worn in India even before the pandemic. Air quality in India makes it so hard to breathe forcing citizens to cover their faces up. Pollution has come over India more than many other countries. The pollution in the air alone makes it hard for people to breathe in their everyday lives.

India has been recognized as the world’s third worst country in regard to pollution. The reason that pollution has gotten so bad in India is due to burning wood, cow dung, and other solid fuels for cooking food in low-income households due to lack of access to clean stoves. The air in India kills up to one million people a year from many different side effects and diseases. Furthermore, these diseases are being spread through the many pollutants which are located in the air that vary but are not limited to health issues such as lung and heart disease.

The air in India affects people of all types of ages so everyone must take precautions when traveling. Nobody is safe. It is affecting children, teenagers, elderly, new-born babies and is going as far as affecting pregnant women leading to health problems for the baby before it is even born. However, people have figured the best way to protect yourselves would be by having your face completely covered whenever going out. A prime example of a face covering for India residents would be a mask or wrapping their whole face in a scarf leaving only the area for their eyes open.  It is better to have a face covering providing some restriction on the air coming in rather than having your body harmed for every single breath you take. The children were worst hit with respiratory problems; increased exposure to such air also raises their risk of suffering from asthma and bronchitis so beware if you travel there.

Due to this pollution, tourism has significantly decreased in India by approximately 25% to 30%. Businesses are at a loss and many tourist spots are dying down due to this pollution. Furthermore, the pollution isn’t only affecting people when they leave the house. There is pollution inside the household as well which is affecting people’s daily lives. Many people see the conditions and how many people get affected on a daily basis which pulls them away from traveling to India which leads to a loss of tourists. At a point, pollution levels in New Delhi had surged to more than three times over what is considered hazardous tending people to pull away from traveling to places such as New Delhi,

Due to the combined effects of indoor and outdoor pollution, it has led to many premature deaths from stroke, heart disease, chronic obstructive pulmonary disease, lung cancer and acute respiratory infections. The combination of indoor and outdoor pollution leads to both short term and long term problems health-wise. Due to the high problems regarding death and disease, the population and economy of India is getting affected in a drastic manner. According to the Lancet Planetary Health, the associated substantial adverse economic impact from loss of output could impede India’s aspiration to be a $5 trillion economy by 2024. However, if there is a successful reduction for the pollution in India, there would be benefits for health, population, and the economy in India.

If you live in a major city such as Delhi or Bombay, the pollution has a major effect on you. However, if you are located in one of the villages on the outskirts of the cities in their own little locations, you aren’t affected as much. Although there is a lot of pollution in India, there is also a lot of greenery and miles of fields that are used for farming by the people who live in these villages. These fields and little villages have fresh air which is not affected by the pollution as much as the major cities. India has its positives and negatives but there is no bigger negative than the pollution that is affecting the people of India.

My name is Maninder Singh. I chose the section of technology because I’ve always been intrigued by the different kinds of technology that is being introduced everyday. Other than technology, I love to discuss cars and work on them myself as well.