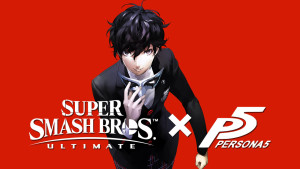 Joker first debuted in Persona 5, which released on September 15, 2016 by the game developers known as Atlus and P Studio. The game is loved by many and can be seen through the many reviews made by others on the web, the most noticeable being that it was rated 9.7/10 on IGN Entertainment. However, even though the game is 2 years old now, there are still many loyal fans to this day. So when Joker was revealed as being the new addition for Super Smash Bros. Ultimate during the 2018 Game Awards fans greeted him with a warm welcome.

Now that he is coming to ultimate, it opened doors for an endless supply of speculation. The reason being is that the majority of the games roster comes from Nintendo made games. With Joker coming from a different developer this means that there is a chance for many characters across a variety of different developers to join in the fray. The only thing that I see as a factor to join in the fray of Super Smash Bros. Ultimate would be the popularity of the character and it’s fanbase. Now we can only wait and speculate who comes next. Can you tell who joins next? At this point it would be as good as anyone’s guess.