The deaths of celebrities have become widely publicized in last the decade to due to social media and other communication platforms.  Many of these celebrities leave with legacies behind their name, while some leave with lightly exposed careers, yet impactful ones. Gustav Elijah, better known as Lil Peep, was one of these artists who touched the broken souls of thousands of kids across America on the day he passed away.

The genre of “emo rap” was developed by Lil Peep throughout his artistic career. By having a mixture of deeper lyrics and indie music, Lil Peep left the world a series of songs that would be enjoyed post his passing. Unlike many rappers of his generation who glorify their lifestyle and emphasize the problems of society, Lil Peep used his music to discuss the struggles of his personal lifestyle and how young people who live similarly should encounter these hardships.

Lil Peep died on November 15th, 2017. One year later, his record label released Come Over When You’re Sober Pt.2, an album which contains popular, previously released songs and a collection of songs that have never been unveiled to the public. It was a perfectly pieced album and a beautiful monument to an artist who many fans dearly miss. 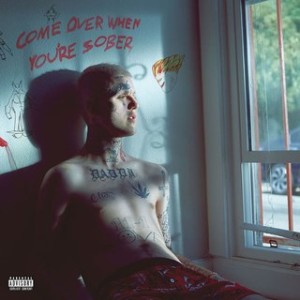 Songs like “Broken Smile,” “Fingers” and “Falling Down ft. xxxtentacion” are all examples of his unique emo rap style. These songs emphasized the importance of having someone in your life that you can trust to lay your bottled thoughts on. Again, a social difficulty that many teenagers can connect and listen to, and by doing so a lot of them are able to realize that it’s okay to be social abnormal.

As James Figueroa, a Lil Peep admirer and Thomas Edison senior, said,“ This album is for those who are able to comprehend that the teenage years aren’t just a phase, but rather a lifestyle.” Lil Peep was one to disobey the standards of society, influencing his followers to do the same.

The rest of the album contains songs that focus in the pain of being lonely and how that can label someone as a ‘loser’. However, he destroys this stigma through songs like ,“ Cry Alone”, “Life is Beautiful”, and “Hate Me,” He lets his listeners interpret these songs using their own metaphors and meanings. It creates a vibe where one can sit back, listen and think about all the good that may be present in one’s life despite their social tags.

His second studio album differs tremendously from his first, more indie-styled album Come Over When You’re Sober where more tracks are studio produced without the touch of his brush. Figueroa said “There are more looping verses for obvious reasons and the beats don’t feel like they’re his”.

Lil Peep was massly discovered after his death, like many artist of this generation who pass away. By introducing emo styled tunes to the rap game, Lil Peep was able to revolutionize the music of today. With his second studio album, that was finished with the touch of studio producers, Lil Peep was able to leave this world with a legacy, one that lets young adults know that it’s okay to be different.