The Fall season on Television is when primetime programming puts out the best shows they have to offer. Different TV shows either end up successful or cancelled, based off ratings that are usually higher if the series is worth the watch. So what shows are worth the bingewatch over Christmas break? Which could you never expect to hear from again? 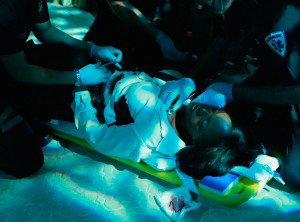 How To Get Away With Murder is a must-see show.
Photo Credit: ABC

Last year, Empire on Fox became one of the most popular shows in the country. During the show’s first season, Empire experienced a positive increase in viewership with every episode. After that large success, it’s pretty surprising to see that ratings for the recent season have gone pretty downhill. New TV shows worth the watch this season ranged from dramas like Quantico and Code Black to family-friendly shows like The Muppets and Scream Queens. Now for the shows you haven’t watched and shouldn’t worry about returning to TV soon. Shows like Truth be Told, Dr. Ken and Minority Report are in no way expected to return.
If there is one show you should definitely be watching right now though, it’s How to Get Away with Murder. Now on its second season, any hype you’ve been hearing about this show is well-deserved. If you haven’t watched it yet, it only takes the pilot episode to hook you in. If you’re looking for shows on Netflix, Jessica Jones is a stellar superhero show with a female lead and endless mind-blowing moments.