EA (Electronic Arts) is a multi-million dollar game development company known for popular titles such as FIFA. Battlefield, Star Wars Battlefront, and The Sims. Their most recent game, APEX Legends, just released its first form of ingame transactions that EA is notorious for, leaving many fans wondering just how far they will go.

That is why some fans have begun to worry when the new APEX season 1 Battle Pass was released. APEX Legends is a battle royale game in which players have to strategically use the guns they find, combined with the abilities of their legends and their teammates’ legends to win. The game is generally enjoyable and plays really well, even better if you play with friends. The best part, is that it is free, much like Fortnite. That’s why many people expected that EA would release something resembling the Fortnite Battle Pass. What many fans did not expect was how lackluster the Battle Pass was, containing a couple of dull “legendary” skins for legends and weapons, as well as a few experience (XP) boosters, all for the price of $10.  In a game of limited characters, having your own skin gives you the ability to create your own identity, which is why EA and other companies profit off cosmetics.

Many fans who were hyped for the battle pass were very disappointed when the battle pass was released. One such fan was Diego Mizquiri, a senior at Edison said “ I was expecting the [Battle] Pass to have some good skins and stuff in it, like how Fortnite did, but then it didn’t and now I’m sad. I guess the XP boosts and Legendary Apex Packs are kind of decent, but definitely not worth 10 bucks.” 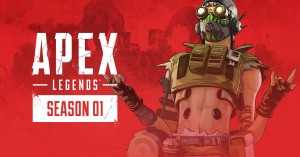 The most notable addition to the game by the battle pass was the new legend, Octane, featured here in the poster.

Another senior at Edison, Kevin Dutan, said “Yeah the battle pass really let down, especially because they already have some pretty cool Legendary skins that already cost the same amount of money. I get that Apex is free and all, but I really hope it doesn’t end up like fortnite with over a hundred dollars worth of purchasing potential in just skins alone, most of which were really ugly.”

Another concern amongst fans is that EA might make purchasable items that give players an edge in gameplay, essentially turning APEX Legends into a freemium game.(A freemium is a free game where the purchasing of in game items that give you an unfair advantage in gameplay is heavily incentivized, like your average mobile game.) Mizquiri said “If Apex turned into a freemium game, I would probably stop playing.”

Although the prospect of EA turning Apex Legends into a freemium is low, there is still genuine reason for fans like Dutan and Mizquiri to be concerned. EA has an extensive track record of placing in-game transactions that often give players who spend more money in-game an advantage over players who don’t. Their most profitable and popular game, FIFA Soccer, is filled with in-game transactions, so much so that EA reportedly made about $1.3 billion dollars in sales last year. $650 million of those earnings came from FIFA’s Ultimate Team, a game mode that heavily encourages people to buy player cards to make the best team possible. Many fans are a little concerned that EA might attempt similar practices with APEX.

Luckily, the EA subsidiary that developed the game, Respawn Entertainment, is well liked among fans for the respect they have towards the fandom, and will likely hinder any attempts by EA to add such content. Still, EA does own them, so the possibility remains on the table. By the looks of it however, APEX’s new in-game transaction system closely resembles that of FortNite’s, so EA will probably keep follow suit and continue to add extra skins and new seasons until the game eventually dies. Until then, fans like Dutan and Mizquiri can only hope that the next Battle Pass contains better skins, no unfair content, and will actually be worth the $10 price tag.