This years Grammy nominees and winners were controversial. People are in disbelief that many singers, rappers, and songwriters were not represented at the Grammys and many did not get a chance to perform.

Songs like Migos and Lil Uzi Vert’s “Bad and Boujee,” Cardi B’s “Bodak Yellow,” Gucci Mane’s “Black Beatles,” Post Malone and 21 Savage’s “Rockstar,” were songs that topped the Billboard 100 for multiple weeks and were not given a performance slot. Cardi B, however, was invited to perform “Finesse” with Bruno Mars.

Bruno Mars swept the awards in several categories, which include Record of the Year, Album of the Year, and Song of the year.

There were more iconic songs and albums this year than “24k Magic.” Many people believe that “1-800-273-8255” by Logic Featuring Alessia Cara and Khalid had a better chance at winning because of the message behind the song.

Moving away from the song aspect of the Grammys the “Best New Artist” category was won my Alessia Cara. Many believe she should not be considered a new artist because of how long she has been in the industry. Artists like Khalid, Lil Uzi Vert, and SZA are up and coming and have created names for themselves this year, alone, while Alessia Cara has had multiple years and songs put out compared to them. Her status as a known artist put the actual Upcoming artists at a disadvantage. 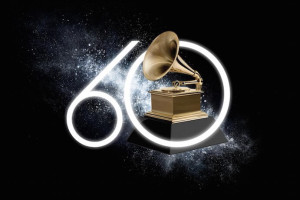 “Yes I do believe Bruno Mars deserved the awards he received except for the song of the year category. “1-800” by Logic ft Alessia Cara and Khalid had a very important message that I’m sure went on to impact many people’s lives.” said Ariana Dubois. It allowed for suicide prevention to be talked about in a way that a younger audience could understand.

“1-800” did impact many people’s lives and brought awareness to a serious topic affecting people across the globe. Throughout Logics many performances especially his Grammy performance calls to the suicide prevention hotline spiked as result.

Grammy Nominations have to be published between a certain time frame, after which they are then voted on by the academy into several categories. There are 5-15 slots in each category; nominees are placed in based on the academy voters. After that a second round of voting is held to decide the winner of that category. The winners are then announce live on stage and given their Grammy.

I write for the arts and entertainment section of the Edison Light. The arts have always held a special place in my life, It has influenced who I have become as a person. Going to museums is not only something that I enjoy, but it is an adventure for me. Aside from arts a form of entertainment that I favor the most is movies because a lot like books it takes me to a new world.