With the recent security and data exploits found hidden within Windows 10, one might find themselves wishing for an alternative.  A safe way to browse the web, use normal productivity suites, and even support for gaming – is available completely free to us, but most people have not discovered it yet.  Linux is a community based operating system, designed by people who have privacy in mind, just like yourself – and that can be altered and fixed to any level that your heart desires. 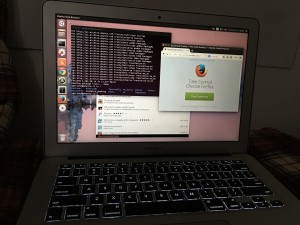 There are multiple variations of Linux, including Ubuntu, Mint, Debian and more.  Ubuntu is the most popular of the bunch – bringing back familiarity to users with menus that resemble Windows, and a dock or sidebar that is similar to that on Mac OS.  Even this is completely customizable.  You can actually design Linux to look and feel just like a Windows OS that you’re used to.  For example, popular software that is downloaded on Linux include – Steam, Chrome, Firefox, LibreOffice, Gimp and Audacity.  This is the exact same software that run on Windows and Mac, that also run seamlessly on Linux.

Jose Benitez, a Linux user, remarks that “I can do anything on Linux that I do on my normal Windows laptop.  Since I’m in web design, it’s important for me to have editing suites at my disposal.  I use GIMP or Krita and it works the same way Photoshop does and it is free.”

Some may argue that Linux is not user friendly enough, and that it might not be worthwhile to the average consumer.  Of course, there are more things to learn with Linux, including Terminal, in which users input commands to perform basic, everyday tasks to even the most complex.  Terminal may scare users who are looking for a simplified OS off, because its command line interface might seem a bit strange to new users.  Using commands in Terminal may seem to be terrifying, but learning these commands is just a single Google search away and prove to leave a more worthwhile impact on the OS itself, making it even more functional and suited to your needs.  As I previously mentioned, Linux is completely free to use – making it $100 less than a Windows 10 key.  What’s not to love about Linux?