While most Americans are desperately waiting for the nation’s most favorite sporting event, officials are concerned about travel and security. The big game is being held in Atlanta this year and the shortage of TSA employees could have a major impact on travel during the Super Bowl weekend.

America is experiencing it’s longest government shutdown. This is interrupting many federal agencies, such as Federal Aviation Administration and Transportation Service Administration. More than 50,000 TSA agents and more than 50,000 customs and border protection agents are working without pay, according to Democratic staff of the Senate Appropriation Committee. This could lead to a decreased number of TSA employees working at the airports affecting security and maintenance especially during the Super Bowl weekend since many will be flying to Atlanta to watch the games. 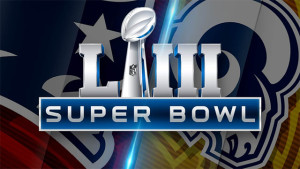 Officials are concerned about domestic security and maintenance in airports over the Super Bowl weekend. Airports passengers are waiting hour long since the lines have been much longer from people traveling to watch the Super Bowl. The government shutdown has led to an increased absences among TSA workers nationwide, putting a strain on airport checkpoints. More workers are starting to quit due to the financial hardship as a result of the government shutdown.

“The number of audience members might be less than last year since some fans may not be able to pay for plane and stadium tickets due to them not being paid. I don’t think the Super Bowl dates will be pushed back because of the shutdown because if the NFL decides to, they may lose money and I don’t think they would risk that.” said Esdras Louis, a football fan attending Thomas Edison high school.

The longest government shutdown in America’s history is affecting many things including the Super Bowl. Due to the shortage of TSA employees, the officials are concerned about travel and security. The National Air Traffic Controllers Association has been forced to end planning sessions for Super Bowl weekend due to the shutdown, leading to an ill-prepared workforce.

My name is Azmir Zahan. I write for the Sports section in the school’s online newspaper. From a young age, I was interested in sports. I love to watch sports especially soccer and basketball. My favorite teams are FC Barcelona, Real Madrid, Liverpool FC, Paris-Saint Germain FC and New York Knicks. I love trying new food, traveling and hanging out with my family and friends.