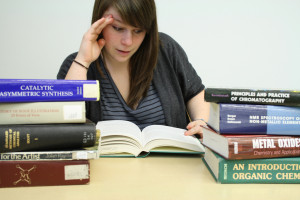 Students walk down the halls of Edison with papers rustling in their hands with worry in their eyes, finals week is fast approaching. Finals week occurs twice a year as an end to a semester in order for teachers to finalize their grades and to observe if students fully learned all topics taught in that semester , but students seem not to understand why finals are crammed upon the last two weeks of the marking period.

Ms Conway, assistant principal of the math department, elaborated the importance of finals week and why finals exist. “It’s necessary in order to get the credit , for you to have an exam based on all the content you learned…It has strategically been scheduled so that students don’t have any more than two finals per day,” Conway said. Ms. Conway explained that courses too difficult to be tested in one day were tested in two days, extending finals into two weeks.

Nasrana Khan, senior, said “ My first experience with finals was stressful and quick , it seemed more about memorization than actually understanding topics all in one week, but it’s helpful in order to actually remember topics before the end to the semester.”

An educational tool placed at the end of the semester not only to help teachers in grading, but also for students in their process to recap knowledge obtained during the semester.Without a doubt the fear and frustration will remain the same every time a semester comes to an end and the word “finals” is pronounced.

My name is Leeza Jaigua and I write for the General News Section and my job is to inform you on updates inside and outside the school. My hobbies include traveling as well as playing soccer and just getting to know new people. I also enjoy being active in school activities including the soccer team and National Honor Society.