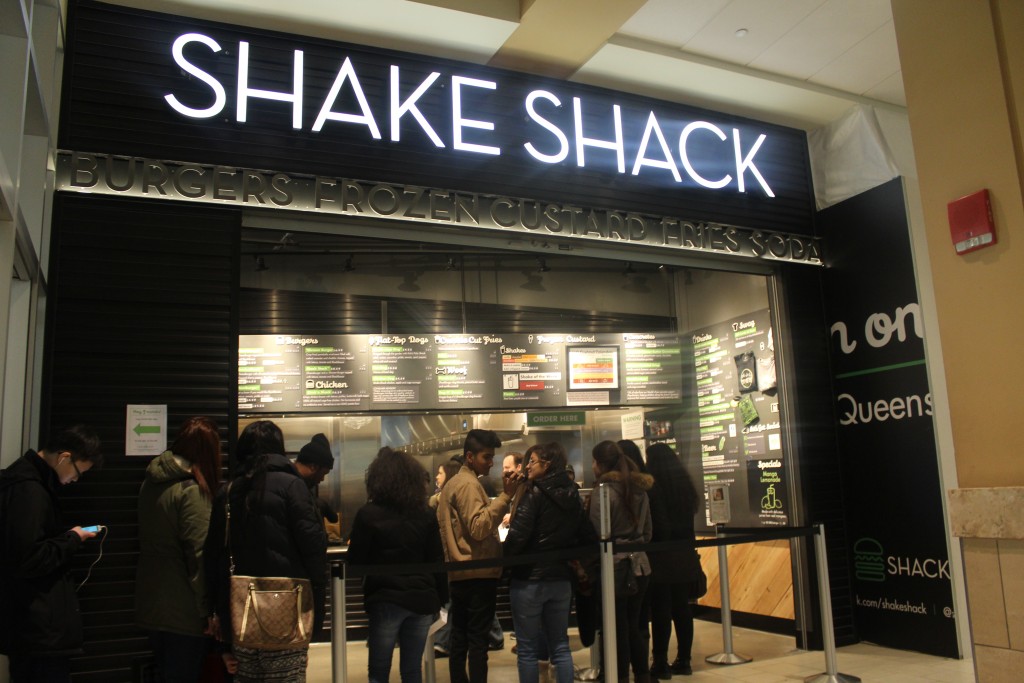 The Shake Shack chain at Queens Center Mall located on the first level with entrances from 59th avenue and inside the mall itself.

Shake Shack is a fast food chain restaurant which has grown popular to many in New York City. Notorious for their burgers, they also sell french fries, hot dogs, frozen custard, shakes, and more! Not only do they sells beef burgers and hot dogs but they also have chicken burgers and chicken hot dogs as well that are mouthwatering. In addition to catering lunch, there also is a breakfast menu with items like egg N’ cheese sandwiches! And let’s not forget that we aren’t the only species they cater for, the pups of New York also have their own menu to get the best treats and bones for them to enjoy along with their owners.

Now this chain restaurant has made its way to Queens Center Mall, a popular hangout for many who live in Queens especially students after finishing a hard day of school. Matter of fact, many of the students at our school have jobs in the mall and surely visit the food choices available during lunch breaks. Sali Perez said, “I’m able to have Shake Shack more now since I go to the mall often. There were enough seats so I wouldn’t have to stand with my food waiting for a table. Shake Shack’s line wasn’t too long but there was still a wait and I received my food in less than ten minutes.”

I’m sure Shake Shack fans are more than ecstatic that they don’t have to travel to the city to have these amazing malts. Now that it is in Queens and in a popular area more people can have the good food with great service as well. When will you be visiting to have your own malt and fries?