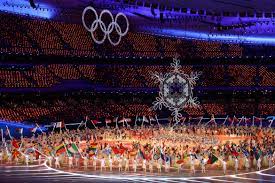 With the Beijing Winter 2022 Olympics having recently ended, scandals and news that took place at the time other than medal count have been traveling across the internet. Stories about diplomatic boycotting of certain countries, a 15 year old ice skater testing positive for a drug banned by the Olympics and the record breaking performances all went trending with “Olympics” as the umbrella topic. As glorious as the Olympics sound, the authority in control of the world renown event doesn’t have a clean or fair record.

The International Olympic Committee (IOC for short) is the organization that is behind the “glorious” Olympics that is held every two years in cities across the globe. The changes in the cities have always been exciting, however, the IOC in the end becomes a hassle to the country hosting the games. To start off, the bids to hold the Olympics are extremely expensive and this is to be separate from the expenses of the venues and attractions created or renovated after. They also gain a larger percentage of revenue in TV rights which means more profit for them and less for the country who hosts the Olympics. In the 1990’s, the IOC only took about 4% of revenue while in contrast to the most recent “normal” Summer Olympics in 2016 where they took up to 70%. If that doesn’t scream capitalism and greed for money I don’t know what does.

Money and revenue aren’t all what the IOC specializes in. Ignorance- in two cases too. One of the most recent cases of ignorance caused by the IOC is during the time of the Beijing Winter 2022 Olympics. As widely reported, China has said to put more than a million of the minority Uyghur community, whom are majorily Muslim, into camps which the government calls “education camps”. The use of forced labor and unfair treatment in these camps are well aware. What was not aware until shown into the light were that the work of the Uyghurs were said to be part of Olympic-branded merchandise and to other utilizations. The committee was criticized for turning a “blind eye to the widespread and systematic human rights violations being committed by the Chinese authorities.” according to an open letter sent by activist groups. (“IOC accused of ignoring human rights for 2022 Beijing Games” The Detroit News) To add more fuel to the fire, almost two months prior to the starting of the games the IOC had pulled out from a meeting with the Coalition to End Forced Labor in the Uyghur Region activist group along with saying recently “while generic concerns have been expressed in the past about Beijing 2022’s product sourcing, the I.O.C. has not been approached about any specific case or situation, including by the Coalition.” (Faced With Questions About Forced Labor in China, the I.O.C. Is Tight-Lipped” New York Times) 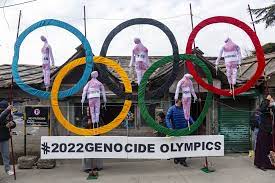 Another recent case of ignorance was prior to the Tokyo Summer 2020 Olympics that actually took place in the summer of 2021. As Covid-19 pummeled 2020 hard, the Tokyo Summer 2020 Olympics were suspended when it was the most publicly anticipated. The year went on and in 2021, the IOC announced that the suspended Olympic from the year before were to take place that year with no outsiders. The event was to be fully virtual for viewers and the venue would be a closed venue, with the exception of the performers for the opening and closing ceremonies. The IOC constantly showed and explained their Covid-19 precautions they were to take, but the residents of Tokyo were not happy about it. Only 23% of the city were fully vaccinated and the nation had an alarming rate of 3,840 average Covid cases per day. More than 80% of the city’s population were in favor of canceling the Olympics. However, the IOC were ignorant to the concerns along with being obdurate in proceeding in the games. 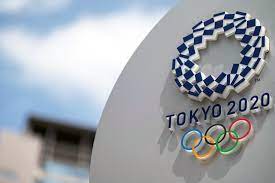 Isn’t it astonishing? A global event that has been adored and special when we were younger now seems like a bully and not so special anymore. Having their true colors exposed definitely shows with the recent Beijing Winter 2022 Olympics having reported viewership ratings of 11.4 million people, making it the lowest ever recorded for a good reason.

Hey! My name is Naima Jannat, my pronouns are she/her, and I am currently a senior at Thomas A. Edison CTE Highschool. As much as I try not to be, I am a huge procrastinator, but writing articles and catching up to college related deadlines have helped me lessen that this year. All of the clubs and organizations I am part of all have a common theme of representing and giving back to the community so that’s what I unknowingly enjoy doing and being a part of. Reading, doodling and snuggling with my (sister’s) cat in my free time is what I do most along with listening to music and spending time on my laptop.